Business by the Book

Business by the Book
Larry Burkett
In 1976 Larry Burkett (1939 – 2003) founded Christian Financial Concepts, a nonprofit organization dedicated to teaching the biblical principles of handling money. In September 2000, CFC merged with Crown Ministries, creating a new organization, Crown Financial Ministries, where Larry served as chairman of the board of directors until his death on July 4, 2003.

Larry published more 70 books, sales of which now exceed 11 million copies and include several national best-sellers. His radio program ”Money matters” has been awarded NRB ”Talk Show of the Year” three times since 1999. In May of 1996, Southwest Baptist University conferred on Larry an Honorary Doctorate in Economics. 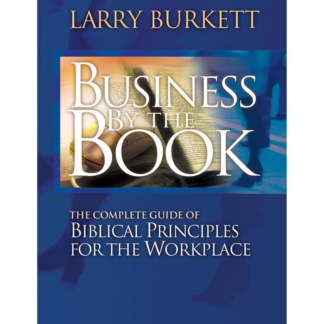